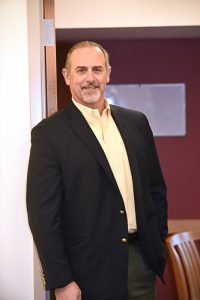 The concept behind Upfront Analysis is that a lot of work has to get done before decisions are made. This gets disregarded when seeing milestones within a business plan; people often do not consider the steps that need to be taken to achieve these goals. With outside perspective, there can be effective action without reorganization, which often hinders efficiency within a company.

John Ireland acts as an interim executive talent – a leader with the ability to focus on the challenge at hand, rather than pull your team members away from what their role is. Each relationship is unique, but John advises why and how to take action, rather than telling those within an organization what to do.

John Ireland has an extensive background in Business Development and has worked in many industries helping companies prosper.

John has consulted for the Corporate Finance department of Jesup & Lamont, focusing on Energy, Water and Environmental opportunities. He was also requested to aid in the analysis of biotech and healthcare opportunities because of his experience and academic background in those areas. In addition to consulting, John has held formal positions as CEO, CFO, COO and head of Business Development.

John gained a great deal of experience by spending eight years at Tosco Corporation in Business Development and Strategic Planning. He served Tosco as Manager of Strategic Planning, Corporate Planner, and Manager of Business Development for East Coast Terminals. John was instrumental in the growth of Tosco Corporation through mergers and acquisitions from a single refinery to the largest independent oil refiner and marketer in the United States, whose assets included 7 refiners and over 5,000 retail assets before its sale to Phillips Petroleum in 2001.

“As owner of Quinebaug Kennels, John has been a tremendous support system, mentor, and business leader to us throughout the large growth of our kennel. We are so thankful for this dedication, knowledge, sense of humor and friendship.” – Jennifer Broome